It has been quite a busy week around here. With Tuesday's etsy update, wrapping and packing till a million o'clock (which is super fun and I love doing!) - there has not been the knitting time I would have liked. We can't have everything, right?

Even though my fingers weren't knitting, it seems that my mind was ticking along and making some grand knitting plans. Most of these plans I am keeping to myself, only because there's less pressure to actually make them should I forget / move on...as I am prone to do. I have managed to channel my scattered creative energy into one new project this week, and it's a good one! 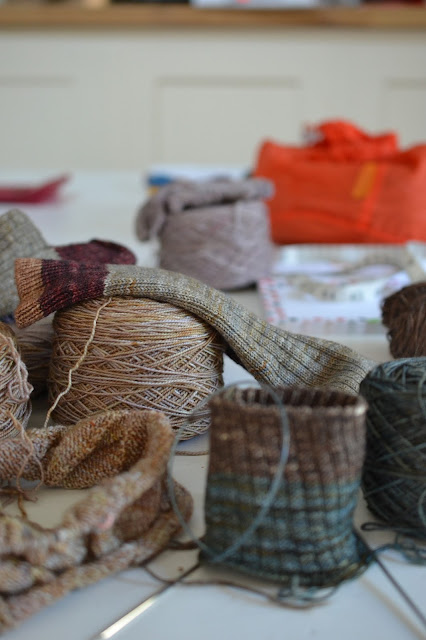 I briefly mentioned in my post about the Viola Breaking into the Pretty KAL that my ambitious knitting list included a jumper knit in Speckled Mist, the colourway I designed for Loop. Well, it's happening folks!!! In my true fashion, I've already had to rip it out once...it's possible that I may have to again, but I don't mind a bit because I'm just loving the knitting! The yarn I dyed for Loop is Merino Fingering, and I've realized that I don't have a sweater knit in this stuff yet. Thank goodness that's about to change. I'm loving the super high twist springiness that's going on, and love knowing that it's also going to be durable because of it!

Once again, I am also making up the pattern as I go along (the reason for lots of ripping out). The trouble with me and creating patterns is that I have a vision of exactly what I want to make, but then I have to use math...and well, that's it. So I knit by trial and error; not the fastest, but it works for me.

Anyhow, here's the little bit I've knit of the neck so far... 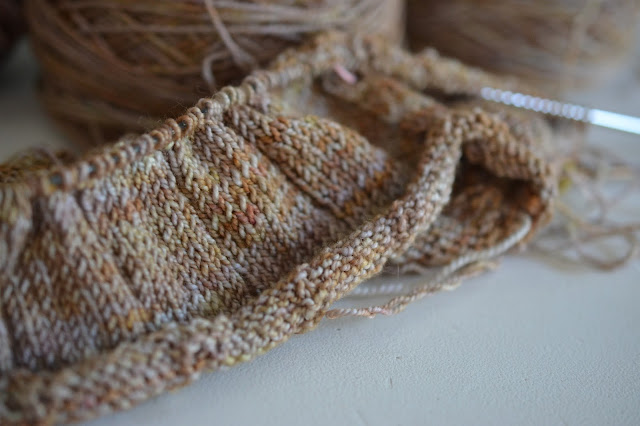 ...the plan is a simple (ha!) top-down raglan...still deciding what will happen at the bottom so stay tuned! I've also decided to use a variety of batches of Speckled Mist together in this jumper. This colour has a mind of it's own, let me tell you! I hung onto a little selection of skeins that are all quite varied, just because I loved them. Now they're all getting knit together. Sounds mental, probably. We'll all have to wait and see what happens! 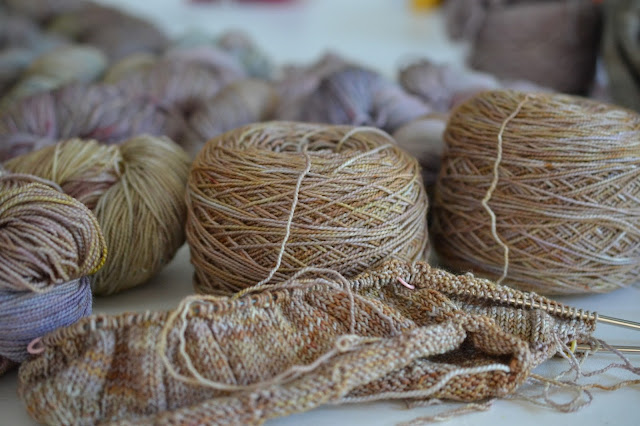 Another sad side effect of all my business is that I have not reported on the studio's progress in a while! Well, lots has been happening, but here's the big stuff... 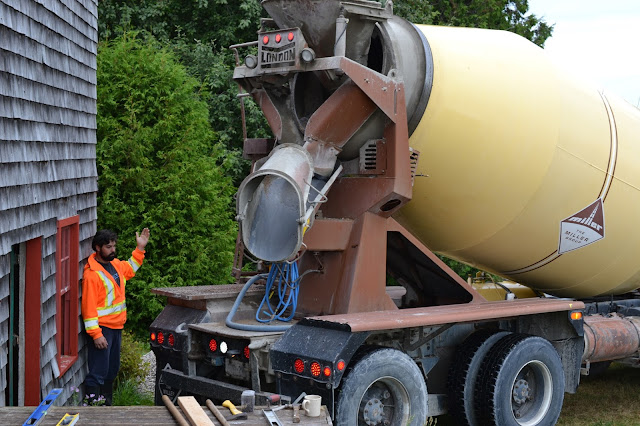 ...and I mean big stuff. Look at this truck! 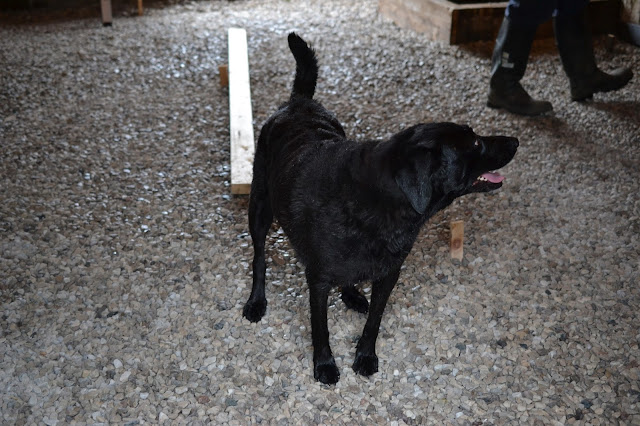 Last I mentioned we were all sweating away, digging out this hole (except Lucy the dog did not help, but mostly stood in the center of everything). The hole has since been filled in with gravel (lots of blisters later!) 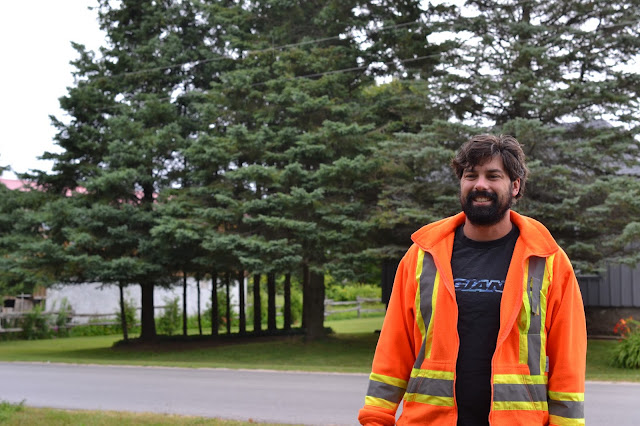 The hero of concrete day, Shane! A very handy friend who just so happened to totally know what he was doing; having worked on many a concrete floor before this one. The floor would not have happened without him. I'd still be poking dried up concrete with a shovel right now if he hadn't turned up! 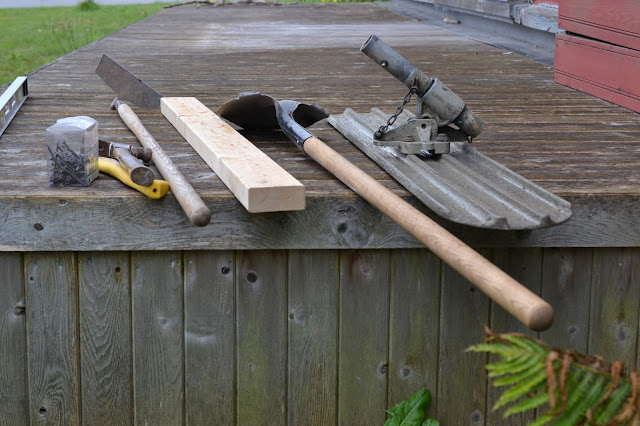 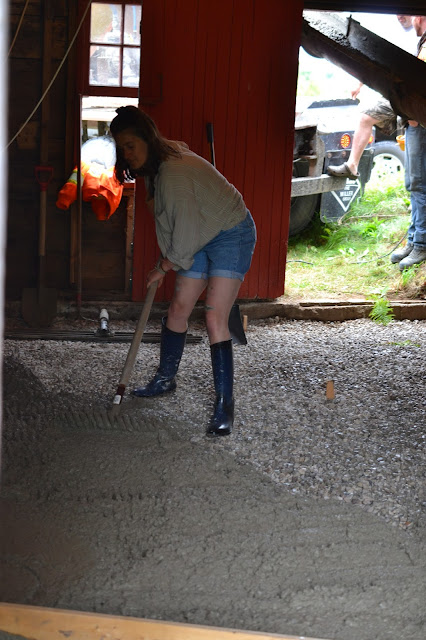 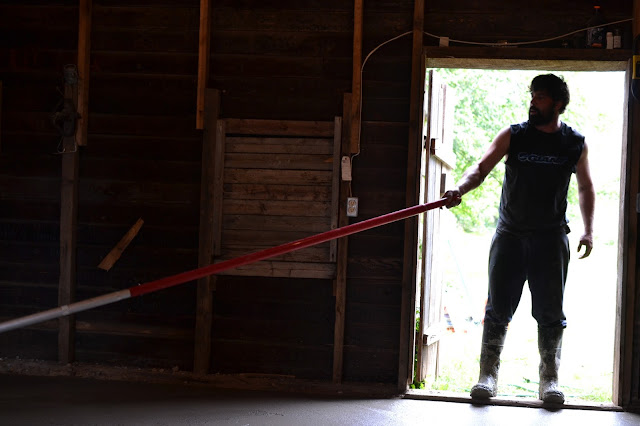 This big stick is called a Darby, so I learned something! 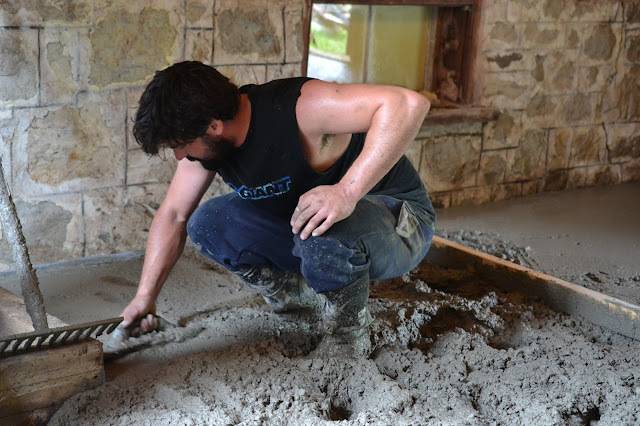 By the end of the day, I was covered in concrete and I barely did a thing! 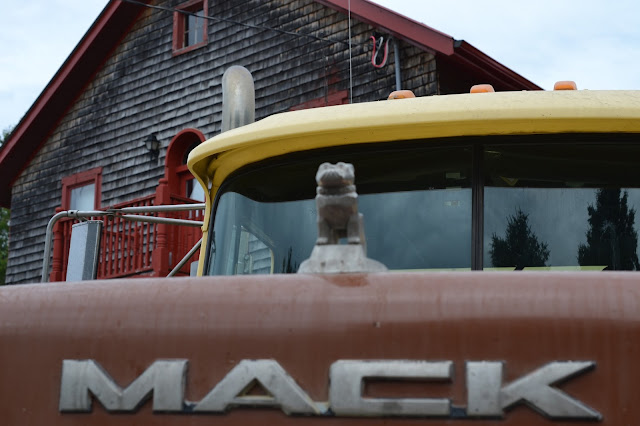 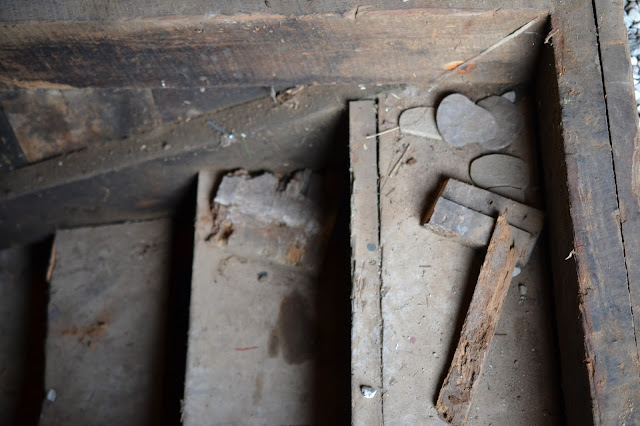 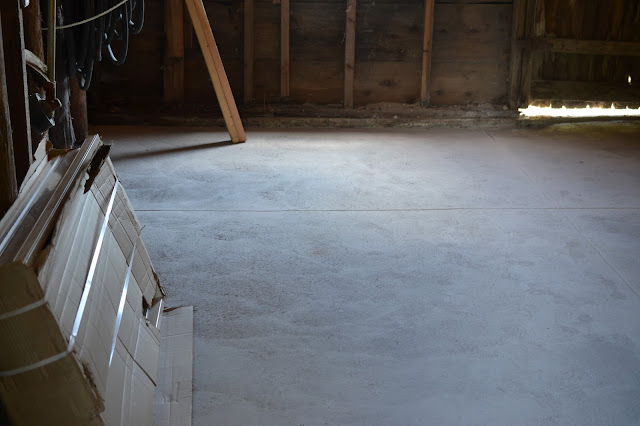 Here's the finished floor. The change in the room is unbelievable! My brave father tackled the job of cutting lines into the dried floor. I decided to take photos of all the dust drifting out the door instead... 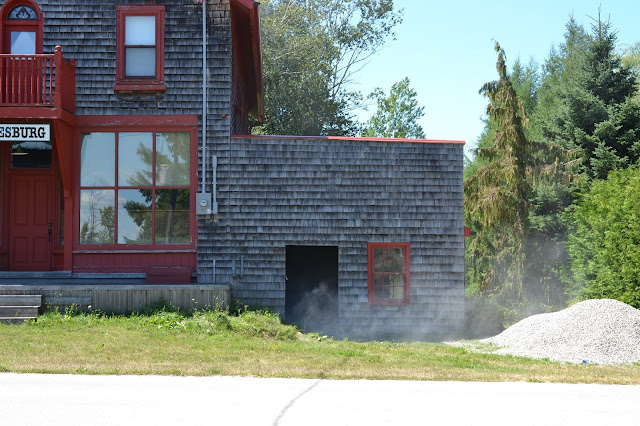